The State of the Victoria Residential Property Market | August 2018

Over the second quarter of 2018, national dwelling values have declined by-0.5%, matching the -0.5% fall in values over the March quarter.

Throughout the 12months to June2018, national dwelling values have declined by-0.8%.

Althougha -0.8% fall isn’t overly large, it is the greatest annual fall in values since September 2012 when values had fallen-1.1% over the year. 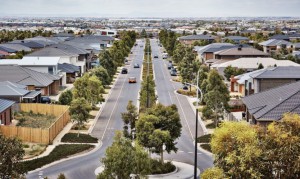 While the headline figure is recording falls largely due to declines in Sydney and Melbourne dwelling values, housing market conditions have also softened in most other capital cities.

In fact, Brisbane, Adelaide and Hobart are the only capital cities where dwelling values remain at peak levels.

In Perth and Darwin, values have been below their peak since 2014, while markets such as Sydney, Melbourne and Canberra have also entered a downturn.

Even in Brisbane and Adelaide, where the pace of capital gains has been relatively sustainable, the rate of value growth has slowed over the past 12 months.

Melbourne dwelling values fell by -1.4% over the second quarter of 2018 which was their largest quarterly fall since February 2012 and regional Vic values increase by 1.8%.

Although value growth has slowed rapidly over the past year in Melbourne, regional Vic continues to see comparatively stronger growth, driven by housing being much more affordable than it is in Melbourne.

Values falls are confined to the upper quartile of the market

In Melbourne, the most affordable 25% of properties have increased in value by 9.3% over the past year compared to a 3.3% increase across the middle 50% of the market and a -2.5% fall across the 25% of most expensive properties.

Over the past three months there was 27,630 house and unit settlements in Vic which was – 11.1% lower than over the same three month period last year.

There were 7,383 house and unit settlements in regional Vic over the three months to June 2018 which was -1.8% lower than the number over the second quarter of 2017.

Over the second quarter of 2018, Melbourne rents fell by 0.9% while they increased by 0.7% over the period in regional Vic.

In Melbourne, gross rental yields are slowly rising from their historic lows

State final demand measures the total value of goods and services that are sold in a state to buyers who wish to either consume them or retain them in the form of capital assets.

It excludes sales made to buyers who use them as inputs to a production activity, export sales and sales that lead to accumulation of inventories.

Given it excludes exports and inventories it isn’t directly comparable to GDP.

State final demand in Vic increased by 1.9% over the March 2018 quarter which was the strongest quarterly increase since a 2.3% increase in March 2013.

Over the past 12 months, Vic state final demand has increased by 4.9% which was the greatest growth of all states and territories.

Based on the 64,000 jobs created over the past year, total employment has increased by 2.0% and 20.0% of all jobs created nationally last year were in Vic.

Over the month there were 3,714 houses approved for construction, an increase of 9.7% over the month and a 7.9% increase year-on-year.

An historic high number of dwellings are under construction across Vic

According to the ABS there were 73,290 dwellings under construction across Vic at the end of March 2018, which was an historic high.

Housing finance commitments rose across all segments in May 2018

The total value of housing finance commitments in Vic during May 2018 was $10.7 billion which was 26.0% higher over the month and a new record high.

While all segments of lending have rebounded, lending to investors as a share of total lending has trended much lower over recent months.

Is this the end of the current property cycle?