According to the ABS, Australia’s population grew by 1.73% in the year to December 2013. This is the fourth consecutive quarterly decline in growth, but it’s still way above the 30-year average of 1.4%.

The natural increase in population (births minus deaths) added 160,357 people in 2013. This was slightly lower than the previous year but still contributed 0.7 percentage points to the overall annual population growth.

Western Australia recorded the strongest percentage population growth of 2.9 per cent in 2013. This was down from the high of 3.7 per cent a year earlier mirroring the trajectory of resource sector investment.

In NSW  the population grew by 1.5 per cent during 2013. This is the highest rate of population growth the state has recorded in more than twenty years, a sign of it’s strong economy. Clearly this will be positive for the Sydney property market. 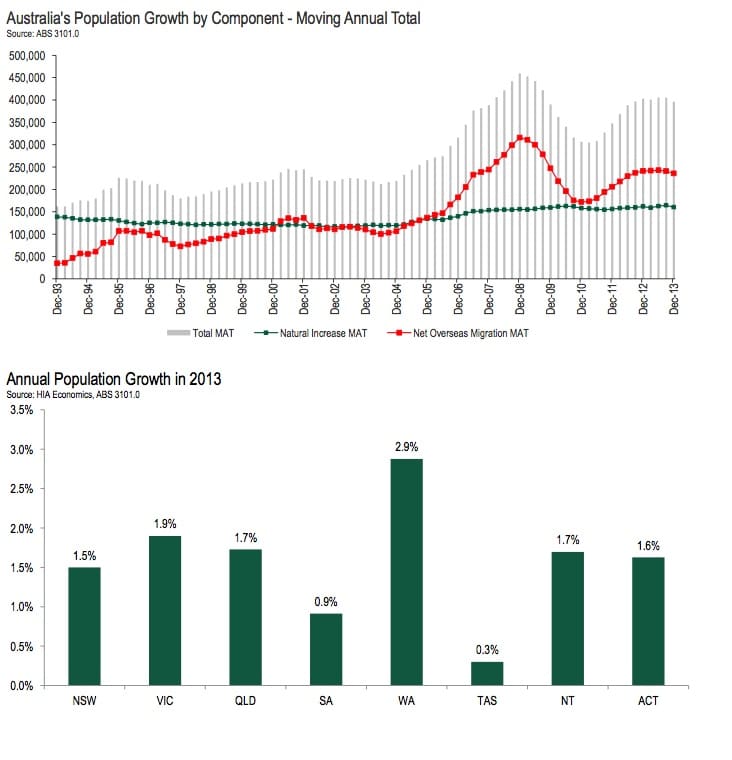 Cheapest suburbs to buy a property in Melbourne