by gcsupport / Thursday, 21 April 2016 / Published in Best Places to Invest in Melbourne

The Melbourne market has been much more resilient, with annual growth in dwelling values slipping below the 10 per cent mark for the first time since May last year, to reach 9.8 per cent at the end of March 2016.

The current growth cycle has been running since values troughed in May 2012.

Through to March 2016, capital city dwelling values have risen by a cumulative 32.2 per cent.

Over the cycle to date, Sydney home values have seen the most significant level of appreciation, with dwelling values 49.2 per cent higher since values started rising, followed by Melbourne at 35.7 per cent cumulative growth.

Melbourne had the lowest rental yields, with houses at a gross rental yield of 2.9 per cent and Melbourne units at 4.1 per cent 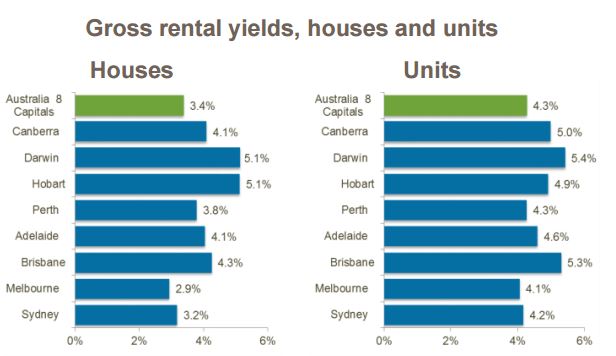 The largest performance gap between houses and units is evident in Melbourne, where higher unit supply appears to be weighing on the rate of value growth.

The CoreLogic December 2015 Pain and Gain report released last week showed 19.5% of all Melbourne council area units were resold at a gross loss, meaning, nearly one fifth of all apartments that resold over the last three months of 2015 did so at a price lower than what they were previously purchased for.

Such a high proportion of loss making resales is a likely indicator of negative equity developing in this precinct as a result of supply outstripping demand.

Melbourne continues to show the lowest gross rental yields, with houses averaging 2.9 per cent (which is still a record low) and unit yields averaging 4.1 per cent (up from 4.0 per cent).

Weekend Suburb Spotlight: The best places to Brunch in Armadale