Are Melbourne Property Auctions a Thing of the Past? | CoreLogic Quarterly Auction Market Review

Melbourne is the property auction capital of Australia.

But are property auctions a thing of the past?

With auction clearance rates around Australia at a low point, I know some commentators are suggesting it’s not worth taking your property to auction any more

On the weekend we purchased a great villa unit at auction for a client – a true investment grade property which was hotly contested by 2 owner occupiers and 2 investors.

“A grade homes” and investment grade properties are still holding their values and selling well at auction.

So some properties are still the type that I would auction if I were selling my property.

However according to CoreLogic’s Quarterly Auction Market Review, fewer properties are being auctioned.

Over the 3 months to September 2018, 20,653 homes were taken to auction across the combined capital cities.

Across Melbourne, clearance rates fell across all 9 sub – regions over the September quarter when compared to the previous quarter.
The highest clearance rate was recorded across the Inner region where 60.5 per cent of the 1,731 auctions were successful.

The lowest clearance rate was recorded across the Mornington Peninsula where just 46.6 per cent of the 240 auctions held were successful, making it the only region to fall below the 50 per cent mark for Melbourne over the 3 months to September 2018.

Year – on – year both clearance rates and auction volumes are lower across the Melbourne sub – regions.
Overall Melbourne has started to see clearance rates cool with 56.6 per cent of the 9,629 auctions recording a successful result this quarter, down from 61.1 percent across 12,330 the previous quarter and 72.6 per cent across 13,063 over the September 2017 quarter. 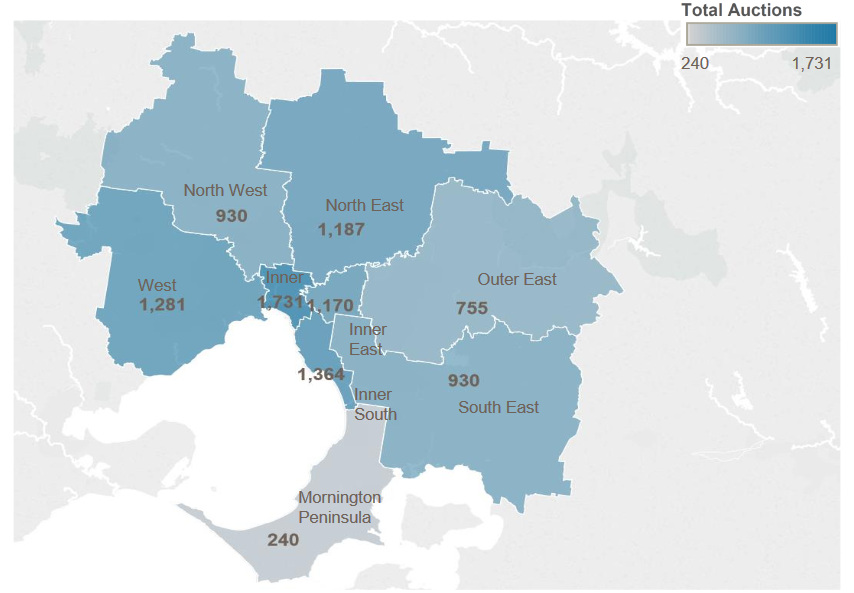 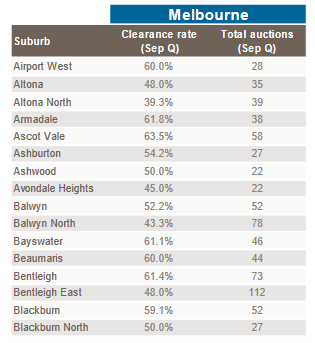 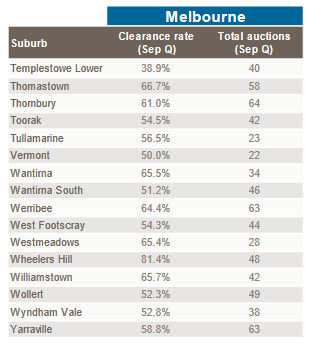 Should you pay off your home loan before you invest?

How to avoid the 13 Common Mistakes Home Buyers Make